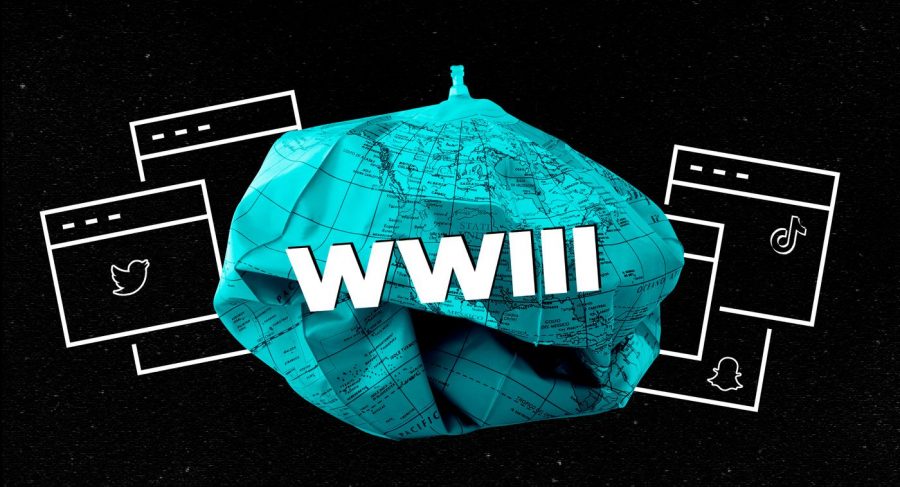 Despite common knowledge, the relations between the United States and Iran have been sour since 1979, during the Iranian Revolution, when a group of Muslim student Followers of Imam’s Line took American diplomats hostage for 444 days. This event caused the United States to stop the transaction of $12 billion which on top of heavy sanctions (noun plural noun: sanctions 1.a threatened penalty for disobeying a law or rule) devastated the Iranian economy. These events, on top of many other issues, led to great anti-US sentiment to spread through Iran, and vise versa in the United States. For roughly 30 years, relations between our two countries have remained in a deadlock. Until 2018 when President Donald Trump withdrew from the 2015 Joint Comprehensive Plan of Action (JCPOA) which was a deal made to stop the sanctions hurting Iran’s economy. In exchange they swore to not build nuclear weapons. For the next 2-3 years, tensions between the United States and Iran would come in waves, easing up before crashing down again.

What Sparked The Newest Wave of Tension?

The mounting tension between Iran and the United States all lead to December 31st of 2019 when Protesters on behalf of the Iranian Military attacked the United States Embassy in Baghdad, Iraq. During the entire attack, the protesters chanted “Death to America” while burning American flags, drawing graffiti, and demanding for US forced to leave Iraq. It is also said the protesters set up Iran Militia flags.

To President Trump, and many others, this was deemed the last straw, and that Iran should pay in some way. Three days later, the US responded to the attack by air striking Baghdad Airport Road and assassinated one of the most important and influential military leaders in Iran, General Qasem Soleimani. Gen. Soleimani was known for a form of warfare known as “Twilight War” or “wide-ranging proxy” warfare. Which means that Iran uses its allies and civilian supporters to attack. This way Iran can maintain plausible deniability, and make moves with low cost and minimal risk on their part. Many American troops have been on the been attacked, captured and killed through this battle strategy. His death was a huge victory for the United States, but a devastating loss for Iran, who saw the man as a hero. The same day as Soleimani’s death, the Iranian Prime Minister posted a tweet on Twitter promising revenge.

For most people, especially teenagers, who either don’t follow politics because its too depressing, or simply just don’t care about current events, this entire incident would’ve gone under their noses. Maybe hearing it mentioned in passing with little knowledge of what truly happened other than a dismissive ‘I don’t care, there’s enough problems in the world to keep track of as is.’ As had happened with the past trouble we’ve had with Iran sense 2018.

However, this new wave of chest beating from Iran and the United States had been impossible to ignore, and sparked the interest of many people, because of a meme.

Though it’s practically impossible to tell who started it, as typical with all memes, the meme under the name ‘WWIII’ quickly became the first trending meme on Twitter of not just the year, but of the decade. Soon, it became impossible for anyone on social media to not know even just the basics of what happened. If you had no clue about the event that took place at the US embassy and the bombings that followed, chances are the person who sent you the meme did, or a quick google search answered all that you needed to know. Within days everyone who was at all apart of social media-from Twitter to Discord-knew what had happened and were sending each other memes about how WWIII was upon us.

The most popular variations of the meme included making fun of the fact that people were hoping 2020 would be a good year, and seeing that World War three was trending not 3 days into the new year. 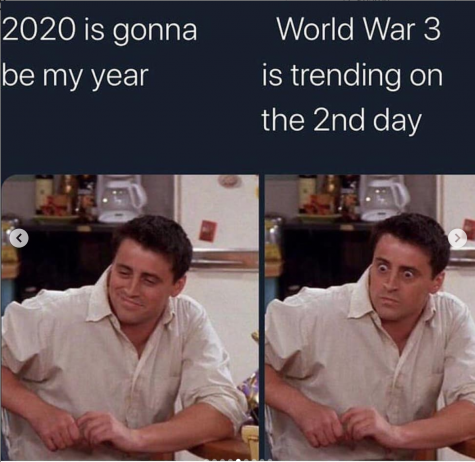 Making fun of the idea of getting drafted. 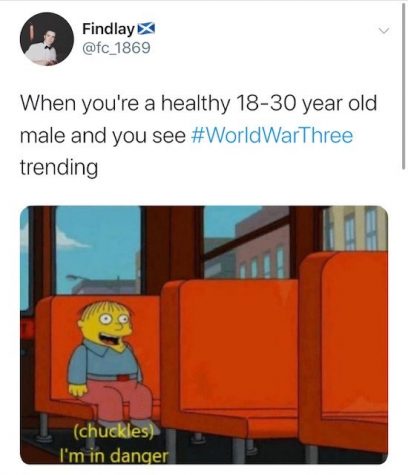 And Japan telling Iran to not go to war with the US, based on ‘personal experience.’ 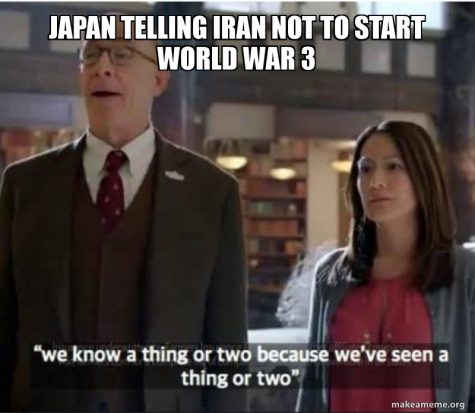 Some people believe that this is offensive to people who had to actually live through the previous world wars, and that the situation shouldn’t be taken lightly. But these people are few and far between, and are largely ignored. After all, if the meme never existed, who’s to say that situation would’ve just been lost in the shuffle of the hundreds of controversies and events currently going on in the world.

So is War On The Way?

Unless the United States or Iran does something irredeemable in the eyes of the respective countries, like Iran bombing US soil, or the United States invading Iran directly, then it’s highly doubtful this will lead to war. The most likely outcome is what has already been happening for decades, tensions and issues will rise, then fade out, as it’s shown to be happening already right now.

On January 8th, Iran made good on its promise of revenge by missile striking Ayn al-Asad Airbase, in Western Iraq, a US military base. While this sounds like grim news, this isn’t as bad as many would initially think. Reportedly by both CNN and TIME magazine, US troops in the base were told beforehand about the attack, in addition to the missiles being abnormally loud and flashy. On top of it all, the missiles were aimed at basically dead space; fields, empty buildings, and roads. This does not excuse attacking one of our bases, of course, but it was quite possibly the best case scenario, even if there was still several reported injuries.

In response to the attack, President Trump said, “Iran appears to be standing down, which is a good thing for all parties concerned and a very good thing for the world”. He also said that maybe they could out some sort of agreement in the near future.

There is still a possibility that things will lead to war, no matter how doubtful, as things are constantly changing. But both sides of this ordeal are in messy places to participate in a war, especially Iran. The US is currently dealing with the impeachment trial of President Trump, and Iran is in no place to be in a war, let alone win one. Rest assured, the US has this hypothetical war in the bag, even if China or Russia joins Iran’s side.

Overall, it’s highly unlikely we have anything to fear.