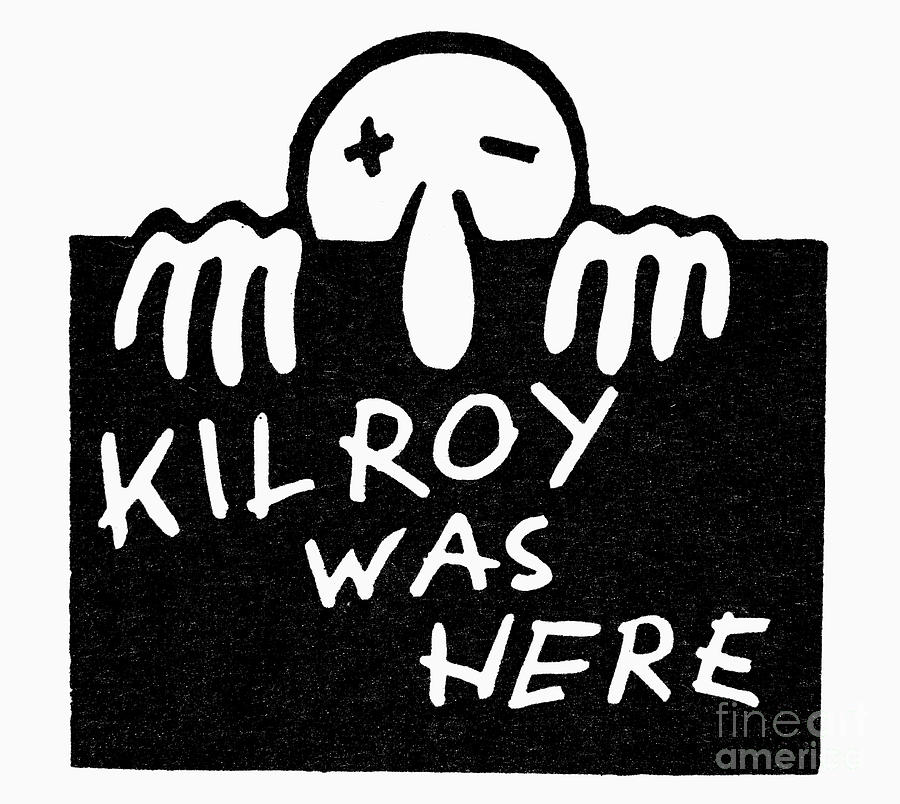 It’s hard to imagine a time without memes, since they are such an ingrained part of modern POP culture. We all know there was a time before the internet and therefore a time before memes. But then, that begs the question that many people don’t think about; what was the first meme?

Many people believe that this cartoon 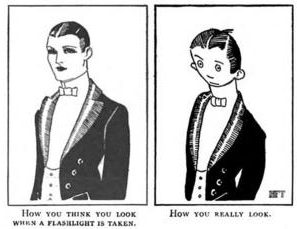 from 1921 is the first meme, as it is the first thing that pops up when you google ‘first meme ever’. It seems to fit the description, however, technically speaking the definition of a meme, as said by the Oxford English Dictionary, are ‘images, videos, or text that are copied and spread among people, often with variations.’ Seeing as this comic was only published once and never again, this doesn’t fit the definition completely, though it is pretty hilarious.

So, what is the true first meme?

Well it may be impossible to say what is the true first meme, but for now, the first documented viral meme fitting the definition completely goes by the name “Kilroy Was Here.” 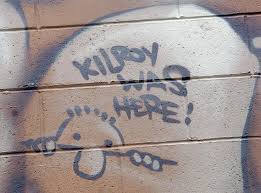 The origins of this meme date back to World War II and it was a popular graffiti symbol to draw among American Soldiers on everything and everywhere. It was a simple image of a man with a big nose poking over a wall with the phrase the meme was named after.

Ironically speaking, since the symbol was popular among American soldiers, the originator of the iconic symbol never stepped foot out of Massachusetts, and was not a soldier in any sense. He was just a rivet inspector. (Rivet: a short metal pin or bolt for holding together two plates of metal, its headless end being beaten out or pressed down when in place.) 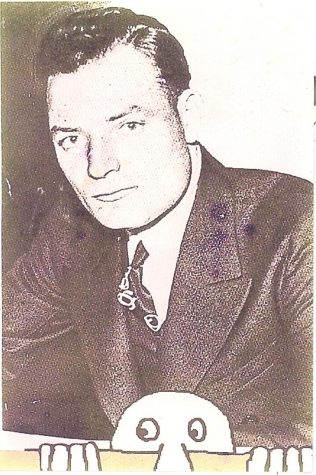 On December 5th, 1941, two days before Pearl Harbor, James. J Kilroy was hired by Fore River Shipyard in Quincy, Massachusetts as a rivet inspector to make sure that rivets in the hulls of ships were in place. He, and all other inspectors, were paid by the number of rivets he checked; so he would mark where he had stopped at the end of his shift, and where the next inspector began, as did everyone else. However, some riveters in desperate need of an extra buck would erase the previous riveters work and put their own mark farther back on the seam, taking credit for the previous riveters work. As a way to stop this from happening to him, Mr. Kilroy would mark “Kilroy Was Here” at the end of each of his chalk-marks.

At the time, ships were being deployed out to sea before they could be painted, so the soon to be iconic ‘Kilroy Was Here’ and all other chalk-marks weren’t erased or covered up. This gave the opportunity for hundreds, possibly thousands, 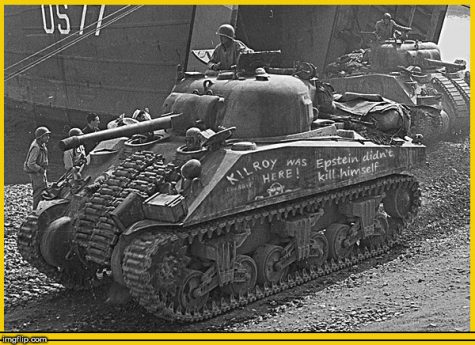 of soldiers and sailors to see the out of place phrase when the sealed hulls of the ship were opened for maintenance purposes. With no possible way to receive an explanation, the soldiers only knew one thing; that no matter what, ”Kilroy,” had been there first. The folk tale soon spread among soldiers as a sign of good luck and that the ships had been thoroughly checked. This caused the very same soldiers who had seen the phrase to graffiti it on tanks, landing areas and on other ships, claiming that the phrase had been there since before they arrived, and somewhere along the line, the image of a man with a big nose poking over a wall was added and became the more popular version.

All the while, the original version of the symbol as a sign of good luck never left it. According to Caleb Neelon, author of ‘The History o 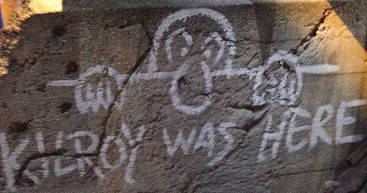 f American Graffiti’, in the following article, (https://www.wbur.org/radioboston/2011/04/15/kilroy-was-here) Kilroy was seen as a symbol of U.S. armed forces’ protection; saying  “This little icon… was sort of a reassuring sight, in a way, I think because it meant you weren’t on unknown ground. The Americans had been here before — Kilroy had been here before and Kilroy was on your team.”

Just as Kilroy was on America’s side, he was not on either Josef Stalin or Adolf Hitler’s side. It is rumored that both were extremely paranoid about the phrase being written everywhere, especially on American equipment and armory. Supposedly, Stalin instructed the NKVD to find Kilroy and have him shot. On the other side of the coin, Hitler believed that Kilroy was a master spy worthy of James Bond’s admiration, and also ordered him to be found then killed.

For James J. Kilroy and his family, the entire phenomenon was bewildering and slightly embarrassing, since they saw it as people making fun of their name, but they had accepted it as the weird event it was. Sadly, even legend makers pass on, and on November 24th, 1962, at the age of 60, James J. Kilroy died. However his legacy lives on in his graffiti tags surprisingly robust afterlife.

As hard as it is to believe, the meme has been a steady presence in our POP culture 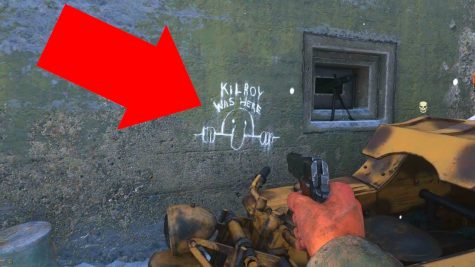 without many people knowing about how it refuses to die. There are so many video games, shows, movies, cartoons and comics that reference this even today, from being an Easter Egg in Call of Duty: WWII to being a punchline in the 1948 Bugs Bunny cartoon Haredevil Hare, to paintings, that it’d be impossible to list all of them. But there are a few worth mentioning here just for the pure lunacy that it takes to think about it. 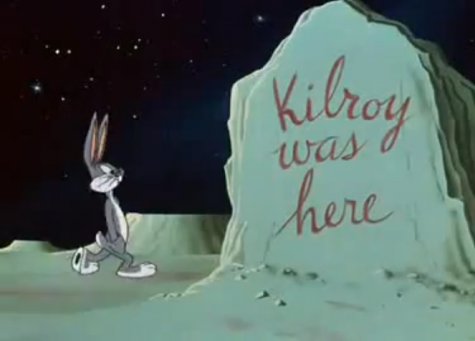 In 1947, a movie came out called ‘Kilroy Was Here’ about ‘John J. Kilroy’ and him trying ‘to live with all the jokes and wisecracks regarding his name.’ As the IMDb pages says in its summary. It is hard to say how accurate the movie is without having seen it, but the very existence of the movie is amazing in of itself.

In 1983, the band Styx released their final concept album before the band broke up the same year. On that album was their most remembered and possibly infamous song, “Mr. Roboto”, a novelty song that was laughed at more than it was liked. In 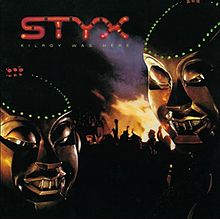 fact in his ‘Top 10 Worst Songs of 1983’, music critic Sean Fay Wolfe from the growing Youtube channel Diamond Axe Studios  Music (https://www.youtube.com/watch?v=14a1PNcav3w) claimed that Mr. Roboto was the first ever viral meme song. The name of that Styx album was called, ‘Kilroy Was Here.’ The irony writes itself.

In conclusion, Kilroy Was Here was the first meme. There’s not much else to say about it.