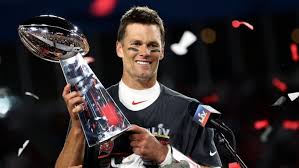 The Buccaneers defeated the Chiefs 31-9 on Sunday, becoming the biggest preseason long shot to win the Super Bowl since the 2001 New England Patriots, who were also quarterbacked by Tom Brady. Last February, Tampa Bay opened as high as 60-1 to win Super Bowl LV. The Buccaneers were coming off a 7-9 season, their third consecutive losing campaign. But they acquired Brady in March and caught fire late in the season and in the playoffs in route to the franchise’s second Super Bowl title. The 2001 Patriots also were around 60-1 in the preseason, before Brady took over and eventually led New England to a Super Bowl upset of the St. Louis Rams.