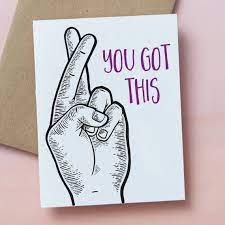 Growing up is stressful but it can also be the most exciting thing that could happen to you. Growing up means paying bills, going on errands, problems are more real and exhausting and emotionally draining, just thinking of it makes my head hurt. But Growing up comes with more than a load of responsibilities, it comes with fun and freedom. Everything that you wanted to do growing up you can do now. It sounds exciting but that freedom comes with a lot of hard work to get to that point in your life. Growing up won’t be easy but with lots of  and motivation. And I know that finding motivation is hard and trying to keep that motivation is even harder. Nobody ever said that growing up will be easy. Everything will be hard but it won’t always be hard. It is kind of like school, at first you didn’t want to go at all because of doing work and thinking and just everything was exhausting. I’m not saying that it isn’t still emotionally and mentally draining and I’m also not saying that you won’t ever get better. We got better at dealing with things that we don’t want to do. During school we also made friends that made school more bearable and from keeping you on your toes and a level head. You made friends who can help you can forget school even existed.  You discovered traits of yourself that you wouldn’t have figured that out by yourself without those friends you probably wouldn’t have made it through school or even life. Your friends kept you going. I know what you are thinking “some of those so called friends ditched me and it didn’t make me feel good and I felt like it was my fault and so I started blaming myself because they left” now let me tell you something IT IS NOT YOUR FAULT THEY LEFT. It isn’t your fault they left, it isn’t. Think of the friends you have now the friends that are still with you, think of the friends you will have in the future. It also goes with family some families didn’t make it easy to live or to keep going but all that, you went through tough things and you still came out on top. Growing up won’t be easy but it will get easier and you are going to grow up and have fun doing that. I am proud that you’ve made it this far not a lot of people did. Now on to the next level. Good job you’ve made it.