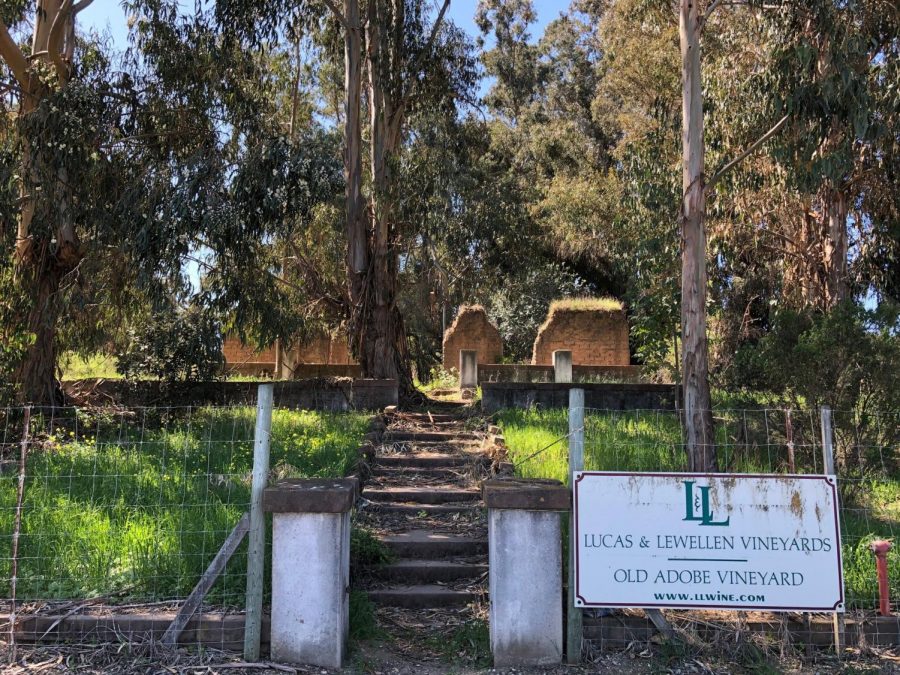 As I was taking a drive along Foxen Canyon Road in Sisquoc (just outside of Orcutt), I noticed a mysterious plot of land alongside the road. As I took a closer look, I discovered some rare adobe ruins, along with a couple of burnt down wooden shacks and an abandoned vineyard. I’ve taken many drives along this road, but I had never once noticed these interesting ruins. After becoming heavily interested in this abandoned vineyard, I took the opportunity to explore it and ended up finding some pretty neat stuff.

From the outside, overgrowth and shrubbery make it hard for the adobe ruins to be noticable, and the plot of land is protected by a small metal fence. There is an opening between the fence, with ominous-looking, worn down stone stairs leading up to the adobe ruins. A rusty old windmill stands beside the stairs, almost going unnoticed due to the amount of trees and overgrowth surrounding the area. A sign that says “Lucas & Lewellen Vineyards/Old Adobe Vineyard” is posted prominently against the fence. 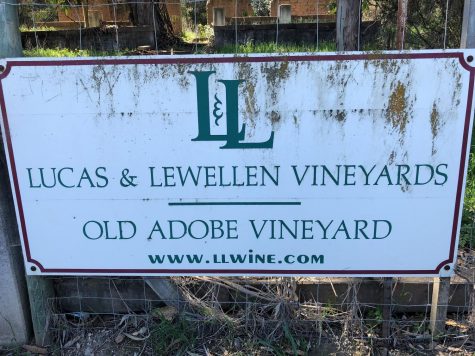 As you go up the shabby stone steps, you can find yourself knee-deep in overgrowth as you’re facing the front of the adobe ruins. Remains of charred walls surround the still intact ruins. There then stands the foundations of what may have been a small adobe house or hut. The adobe looks slightly melted and charred, almost as if there was a fire. About 6 or so adobe pillars/foundations stand in the middle of vast, open land, and behind the ruins there looks to be the leftover remains of a wooden shack, now covered in graffiti and overgrowth. The shack also looks like it may have caught on fire at one point, and it’s caved-in wooden roof makes its presence all the more ominous. I also found scattered around the area rusty old silverware, which could have possibly belonged to the owners of this old adobe shack. Just to the left of the building, if you take a small hike up a little hill, you can find yourself surrounded by the remains of an abandoned vineyard as well as another small-yet-shabby wooden shack. Not much else can be found besides charred abandoned ruins, but the atmosphere surrounding the ruins and empty vineyard are quite ominous and mysterious. 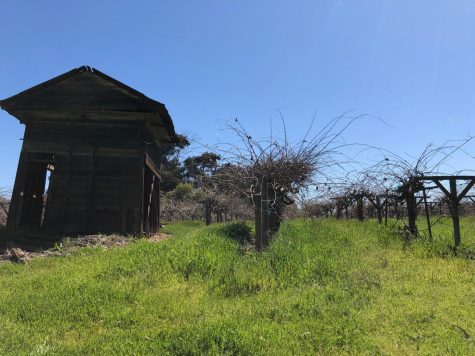 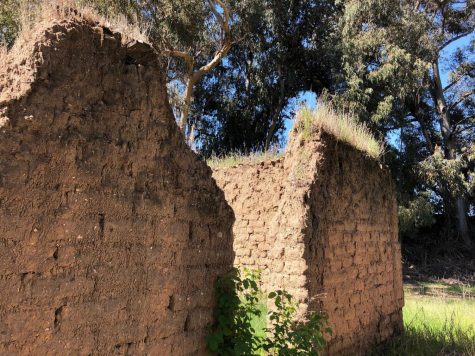 Later on, I tried digging around the web, hoping to find some more information about this old adobe vineyard. On the Lucas & Lewellen website, not much information could be found regarding the ruins, except that the adobe remains “still stand guard” over the other vineyards in the area. Considering the long history of Foxen Canyon Road, I think that this old vineyard may have once been owned by William Benjamin Foxen, who was a famous pioneer of Santa Barbara County during the 1800s. William Benjamin Foxen was born in Norwich County, Norfolk, England in 1796 and passed away in Santa Barbara during 1874. The San Ramon Chapel, which is just down the street from the old adobe vineyard, is where Foxen has been laid to rest. After some time had passed in his successful career, Foxen and his wife later on purchased the 8,875 acre Mexican-land grant known as “Rancho Tinaquaic”, which is now known as present-day Foxen Canyon Rd, stretches from the outskirts of Santa Maria to Los Olivos. 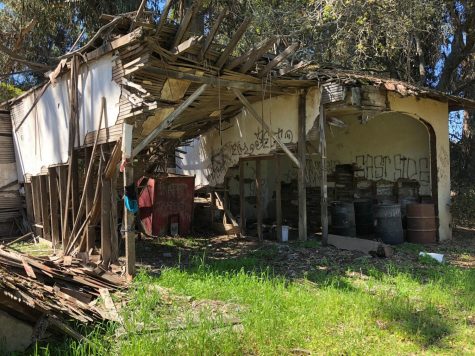 After reading multiple sources (The Santa Maria Times, Santa Barbara Independent), it can in fact be confirmed that Foxen had built a home from adobe, where his family of 12 children once resided. There is a strong possibility that these old adobe ruins may have once belonged to Benjamin Foxen, but again, the history regarding these adobe ruins is quite scattered. If you ever find yourself in the Siquoc area, I definitely recommend that you take the time to explore this old vineyard and discover the beautiful leftover remains of a once strong-standing adobe structure.